Last school week started. My hands are full of work. Preparing for school ending party,doing teachers gifts etc. I bakes some oat strawberry cookies. Well hell..And managed to burn half of the patch in the baking process! As my hubby says: “Burned crispy bits are very important nutritional croup!” 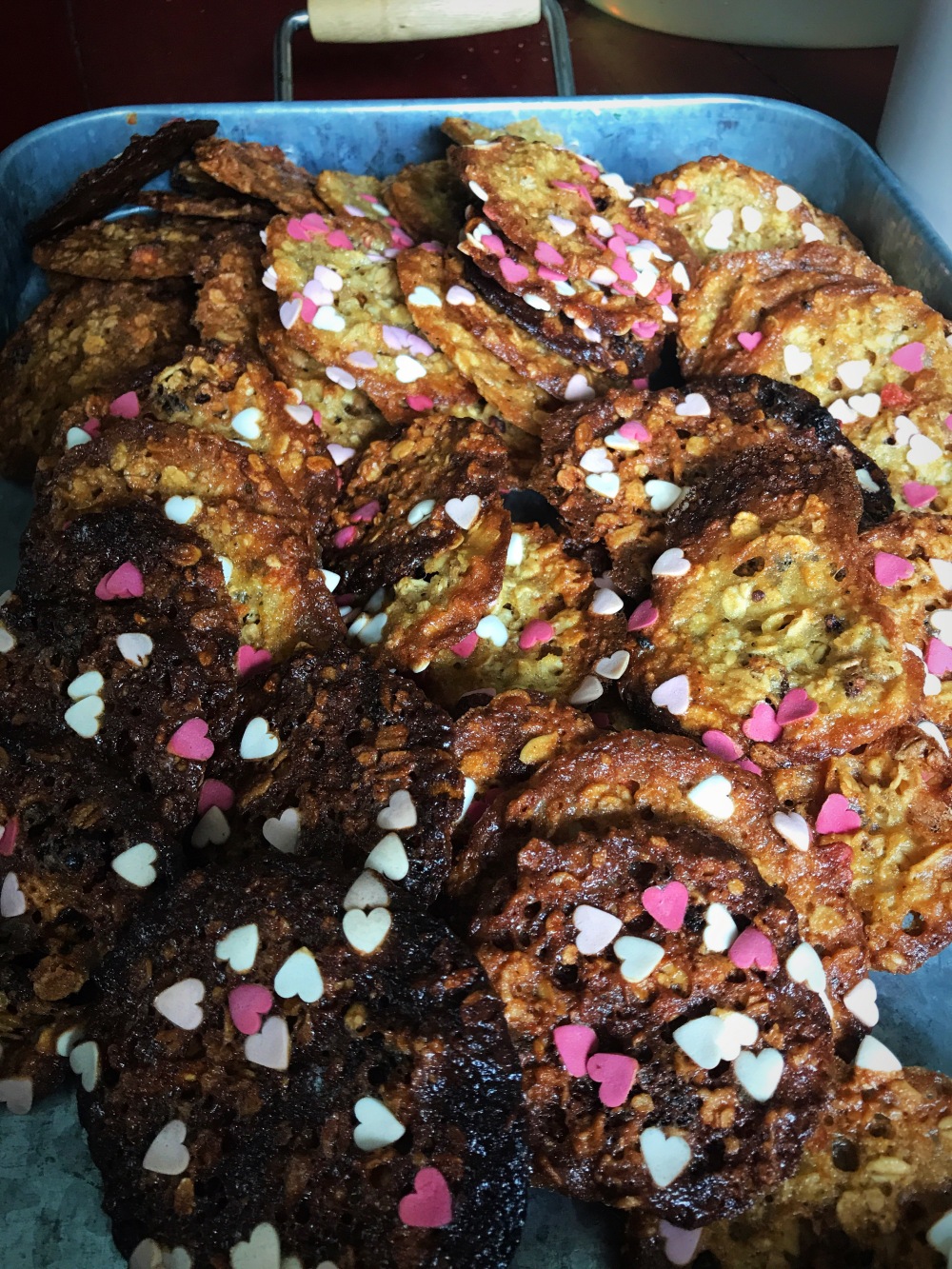 Kiddo’s teacher gets a bottle of homemade vanilla lavender liquor, the burned cookies (I tried to look for her jar the ones that looked half normal), wood garlic salt and bottle of nice bubbly stuff. She is worth of this. Kiddo had her four years and she was a great teacher. Next year new school and new teachers.

I needed fast lunch for us.Chanterelles are right now in season in Austria. Funny enough Kiddo loves them.I asked in the morning from him what would he like to have for lunch and his wish was pasta. I had some fresh tagliatelle in fridge so it was actually a good idea.Getting rid of the leftovers is always a great thing.

So here is the very quick pasta sauce that I made for us. Kiddo ate two plates and told me it was really yummy! I hope that you will like it too.

In a large skillet add olive oil and cook the chicken on medium high heat for 3-5 minutes on each side or until brown on each side and cooked until no longer pink in center. Remove chicken and set aside on a plate. Add the sliced mushrooms and cook for a few minutes until tender. Remove and set aside.To make the sauce add the butter and melt. Add garlic and cook until tender. Whisk in the flour until it thickens. Whisk in chicken broth, heavy cream, pecorino cheese, pepper and salt. Add the spinach and let simmer until it starts to thicken and spinach wilts. Add the chicken and ,mushrooms back to the sauce and serve over pasta is desired.

Note: Since I had fresh tagliatelle I actually tossed them direct into the sauce. I cooked the pasta with low heat about 5 minutes. Then turned the heat off, and covered the whole thing ,and left it standing for 10 minutes more. Perfect result and no need to mess up a second pot! 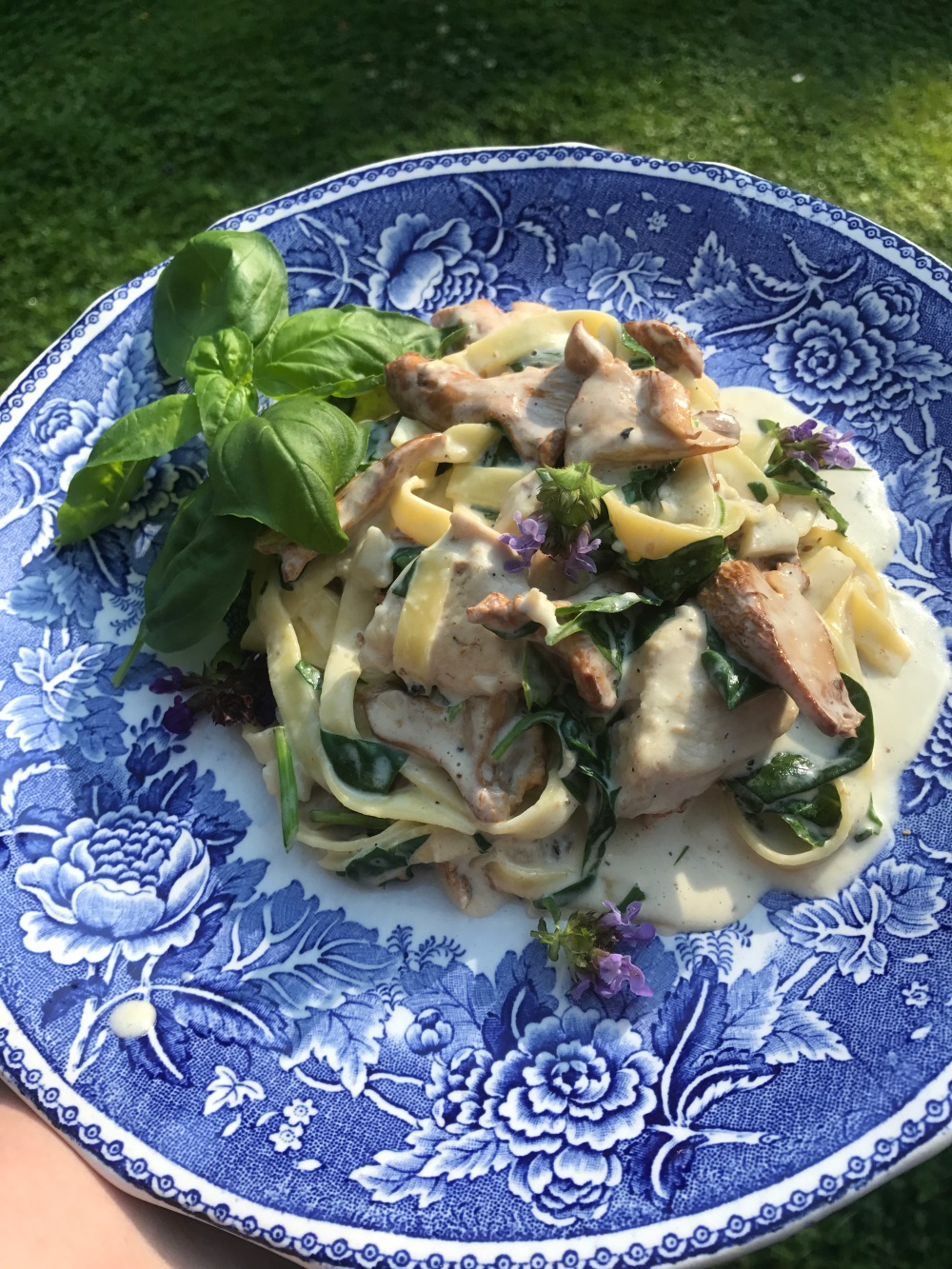