I am tired.. Just simply wasted… No mood to cook anything mega fancy today.. Reason being that I went on Friday to Coldplay concert in Amsterdam. Came back Saturday afternoon. Coldplay was great! I really recommend if you have the change to see them live to do that! Show was fabulous.

I stayed over night in city called ‘s-Hertogenbosch or Den Bosch that is much easier to remember and pronounce. Den Bosch is  about half an hour train ride away from Amsterdam. The city is well known from artist Jeroen Boch. Or as he is also called ,Hieronymus Bosch.

He was born circa 1450 and died in 9th of August 1516. He was an Early Netherlandish painter. His work is known for its fantastic imagery, detailed landscapes, and illustrations of religious concepts and narratives.

Within his lifetime his work was collected in the Netherlands, Austria, and Spain, and widely copied, especially his macabre and nightmarish depictions of hell. Scary but cool stuff! City had his art all over because it was Boch celebration year.s’Hertogenbosch itself as a city was really interesting. The little time I had to stay there, I wondered thought the street of it with my Finnish friend Tiina who lives there. Bicycles were of course everywhere. Sometimes you had do little jump on the side to avoid collisions with cyclists…

We had lunch in small place in the city called DIT/den Boch. Menu was funnily written. One of the menu items in breakfast menu were pain killers and other day after pills. Price was the price of the day. We didn’t need neither of.. 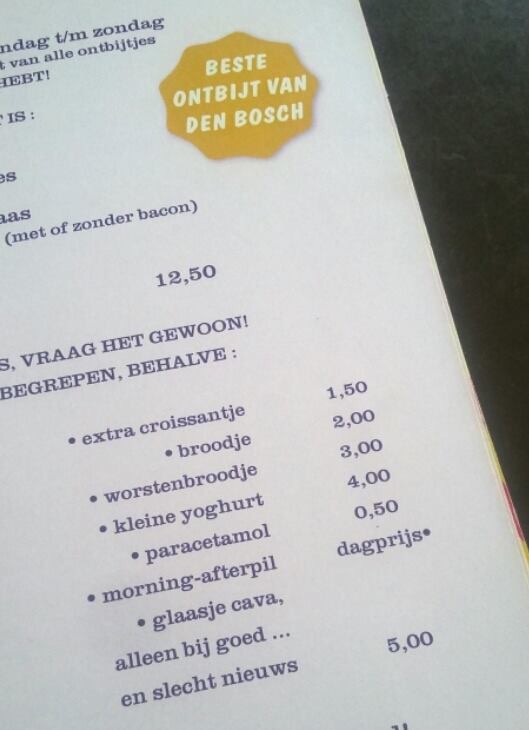 I ate deep fried meat and shrimp Crocketts served with salad and bread. Tiina told me that this was THE street food to have when in Nethelands. Is have to say that they were tasty. I do not like deep fried things so much but these were really interesting. 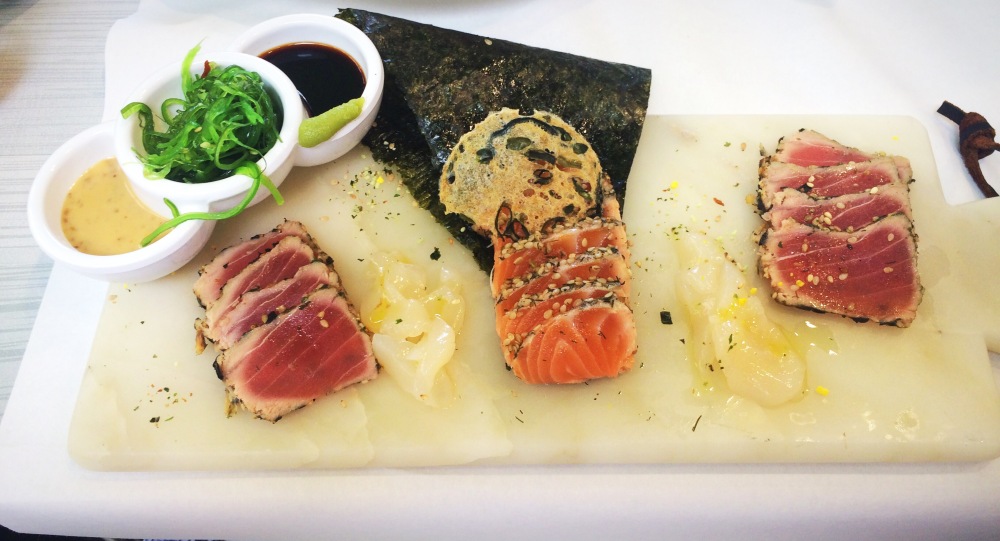 Dinner we had in place called Visch..Because I am a foodie from my heart and soul we ate local food and seafood. Yes,seafood.. How I miss high quality seafood here in Austria. My first choice was sashimi from Salmon and Tuna fish.

Then we had some spider crab legs.. 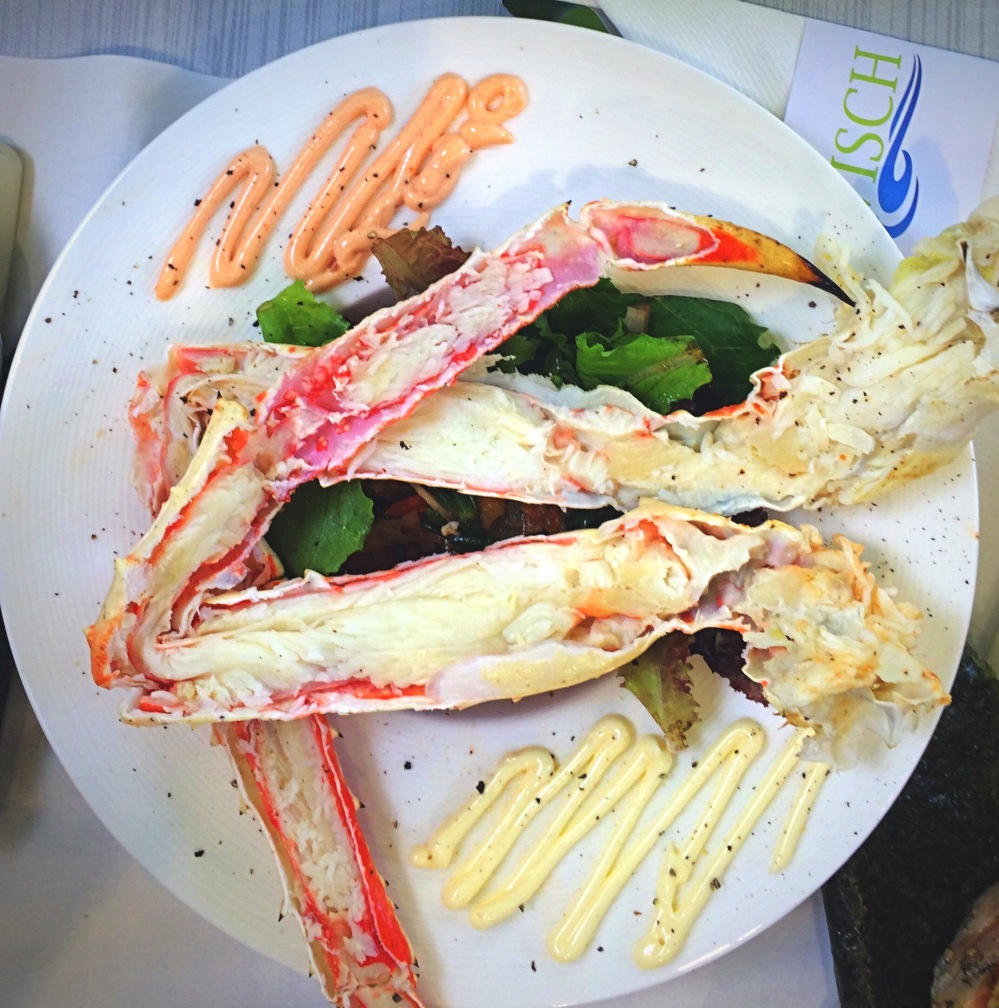 And I had to had oysters.. It has been years since I ate fresh Belon oysters last time. They melted in my mouth… 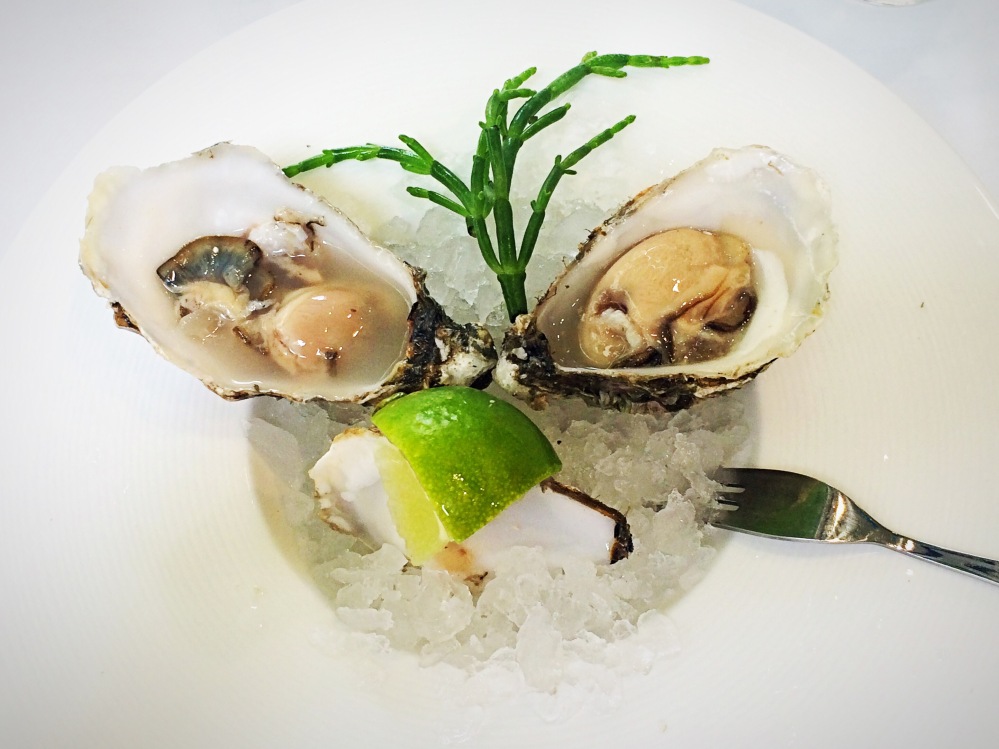 So yeah.. Mommy has been little tired today and wanted to go with cooking from what was easiest for me. I had some pizza dough in freezer,defrosted it and pizza Sunday was ready and to be cooked.

I like to use my Weber pizza stone in grill. It makes pizza really crispy. Today I made salami pizza for the kids and four cheese white pizza for me and hubby. Yummy ! White pizza is simple to make. After you have roller your pizza bottom flat you spread on it some Ricotta cheese, Taleggio,Parmesan cheese and Mozzarella cheese. Top with fresh oregano (and other herbs of your liking),salt and pepper. Put the whole thing in the grill and cook till cheese is bubbling nicely and crust is brown. If you like you can top it with Jamon Serrano ham or maybe little lovely sweet tomatoes,ruccola salad and dash of balsamic vinegar. Serve immediately !
I hope you have had lovely Sunday and enjoyed it. I for sure had a weekend that I will remember for long time. Now I will go to sauna and then early to bed. Tomorrow is Monday and I have to return to real life back.