In Finland we have something called “korvapuusti”, “slap on your ear” might be the best translations for it. I love them! This might be the only baked recipe, that I do not manage to screw up! Dough is simple sweet brioche dough.Very versatile to use. What makes Finnish brioche dough special is CARDAMOM. It gives wonderful flavour to the brioche.

Since Kiddo had the “Healthy snack”, I started to play around with the recipe little. How to make it healthy? Not with the heaps of sugar and butter, which are used in it normally. My Granny has always been making savoury carrot bread or buns, and they are lovely. I thought, what about carrot in this? Would it work? It did. Whole dough got completely different dimension. I also used spelt flour instead of wheat. This might be the best dough I have managed to produce till now.

This is the basic recipe which I used.I added to this 3 fine shredded carrots.

What I have noticed is ,when you let the dough rise more than one time, it becomes much more lighter, resulting really airy buns or cinnamon rolls. 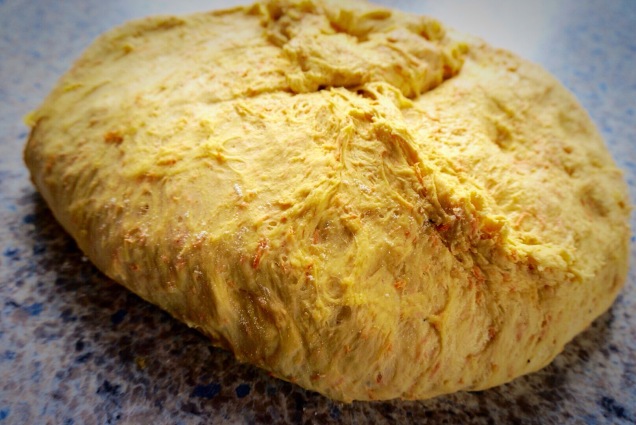 So how to make the rolls? Traditionally you fill rolls, with butter which is topped with heaps of sugar and cinnamon. You should try that too.

First things first.Prepare the bun dough and let it rise. Recipe for the basic dough is above. 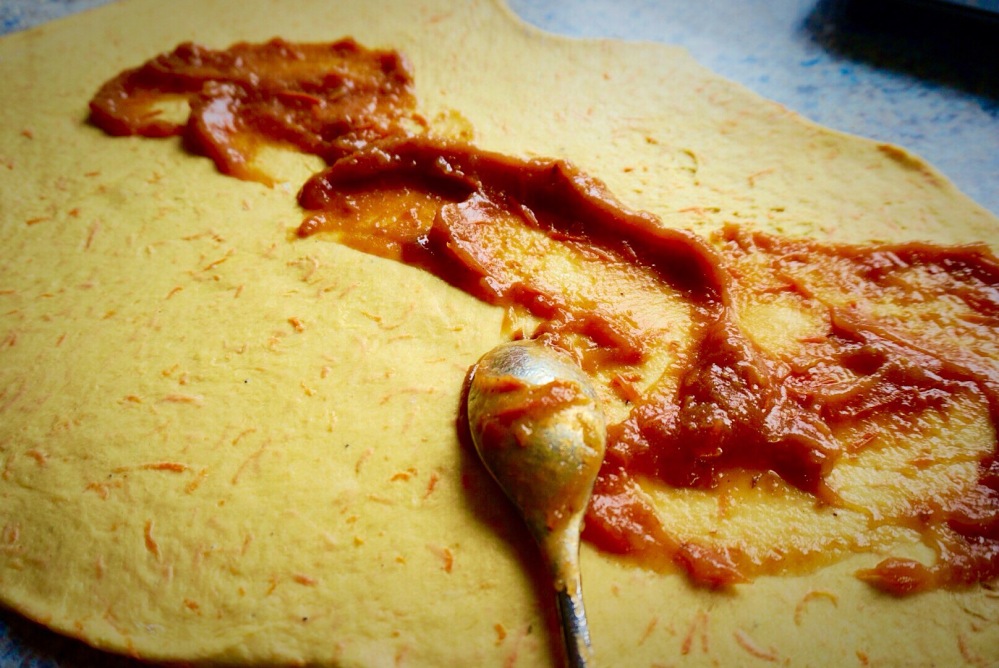 Divide the risen dough into two pieces. Roll out the dough into a flat rectangle, about 30×60 cm. Spread marmalade mixture on top of the dough.I added just little caster sugar and extra cinnamon on top.I love cinnamon! Roll up the dough into a cylinder, leaving the seam against the work surface. 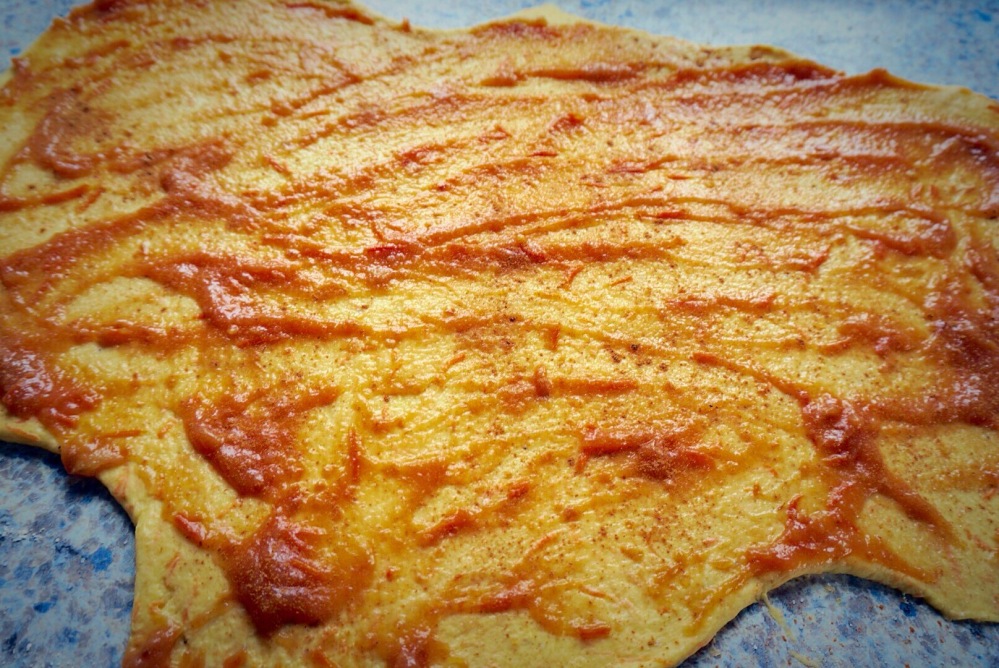 Cut slices, about 4cm thick. Place them in muffin forms and let them rest a little.Cover with towel.15-20 min should be fine.

Brush the buns with egg and sprinkle with decorating sugar. Bake at 225°C for about 10─15.Make more cinnamon buns from the remaining dough in the same way.Enjoy!